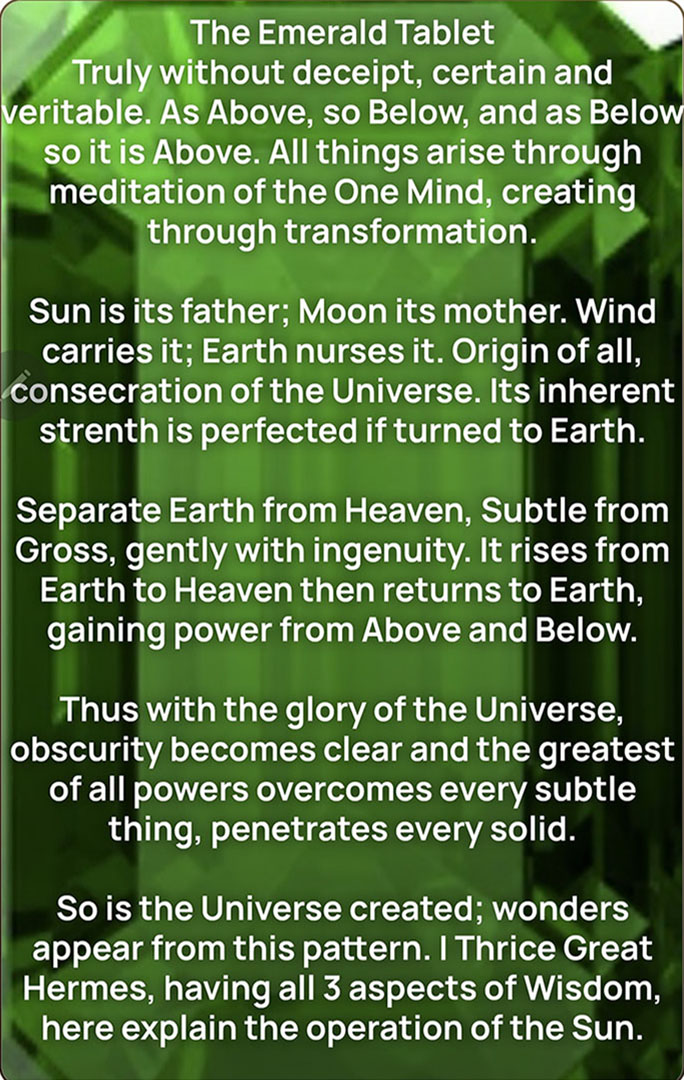 All Middle Eastern and European esoteric traditions, including the Sufis, trace their origins back through the Greek Gnostics, the Egyptian Mystery Schools and Abraham 'the Mesopotamian', to the Zoroastrian Mages 8000 years in the past.

The greatest of these being the original Zoroaster whose past and present existence is unrecorded in the physical realm but known to all on the inner levels.

The embodiment of the Egyptian Mysteries as refered to in the Hermetica or Corpus Hermeticum, a collection of ancient Egyptian texts, some possibly dating back to the 6th century BC.

"Once when I had begun to think upon the things that exist and when my thoughts had soared high aloft, my bodily senses had been restrained by a kind of sleep which is not that of weariness or overindulgence in food. It seemed there came to me a Being of vast and boundless magnitude and who called me by name, saying, 'What do you yearn to hear and see, to learn and come to know by thought?'

'Who are you?' I asked. 'I am', he replied, 'Poimandres, the Mind (Nous) of the Sovereignty.' 'I would learn of the things that exist', I answered, 'and I wish to understand their nature and gain knowledge (gnosis) of Deity. These are the things I desire to hear.' 'I know what you wish', Poimandres said, 'for in truth I am with you everywhere. Keep in mind all that you would learn, and I will teach you.'..."

"Ignorance, my son, is one of the torments. The second is grief, the third is incontinence, followed by desire, injustice, covetousness, error, envy, fraud, anger, rashness and, the twelfth, malice..."

"I see myself to be the All. I am in heaven and in earth, in water and in air. I am in beasts and plants. I am a babe in the womb, and one that is not yet conceived, and one that has been born. I am present everywhere."

From Egypt the teaching spread west to the Greeks.

The Roman empire and the rise of Christianity suppressed the inner knowledge of the Greeks, which was essentially lost to Western Europe by the early middle ages. Greek Sophia or inner knowledge, persisited however in the East, centred on Constantinople. The original Egyptian teachings had also spread into North Africa accelerated by the conquest of Egypt by the Romans in 30 BC. This branch later spread into Spain with the conquest from North Africa (711–1492).

Though lost to Western Europe from the 5th century, the Sufis, through secrecy and in spite of persecution from the outer religions, preserved for 700 years the inner teaching of the Greeks, until a remarkable but hidden influence appeared in 12th Century Italy with the purpose of regenerating the inner forces behind the Christian, Muslim and Jewish religions. This Divine Being initiated the formation of the Rosecrucians in Europe.

Under this same hidden influence, the Sufi tradition flourished in the 12th and 13th Centuries producing the great writer teachers: Jelaludin Rumi of Afghanistan, 1207–1273, (wrote "Couplets of Inner Meaning"); Attar of Nishapur, 11??–1229?, (wrote over 100 books including "Parliament of the Birds"); and Hakim Sanai of Afghanistan, 1069–11?? (wrote "The Walled Garden of Truth"). Also notable were Al Ghazali, 1058–1111, (wrote on psychology and philosophy including "The Niche for Lights"); Bahauddin Naqshband 13??–1389, (founder of the Naqshbandi Sufis); while the teachings of Dr Maximus (Ibn el Arabi, 1165–1240) of Spain infused the Christian and Hebrew teachings prevailing in Western Europe.

Typically those Sufi teachers operating in areas where Islam was strong, necessarily taught strictly within that religious context. Whenever geographical or sociological conditions allowed (such as in India – Sai baba of Shirdi was a Sufi), they shook off the outer trappings of religion and taught directly.

Though many Sufis are unable to free themselves in this way and persist in demanding the connection with the religion, this is just a product of their personal attachment, fails to recognise the historical source and only serves as an unnecessary constraint to themselves and all who train under them. It will hold them back when they approach the higher levels of inner refinement. 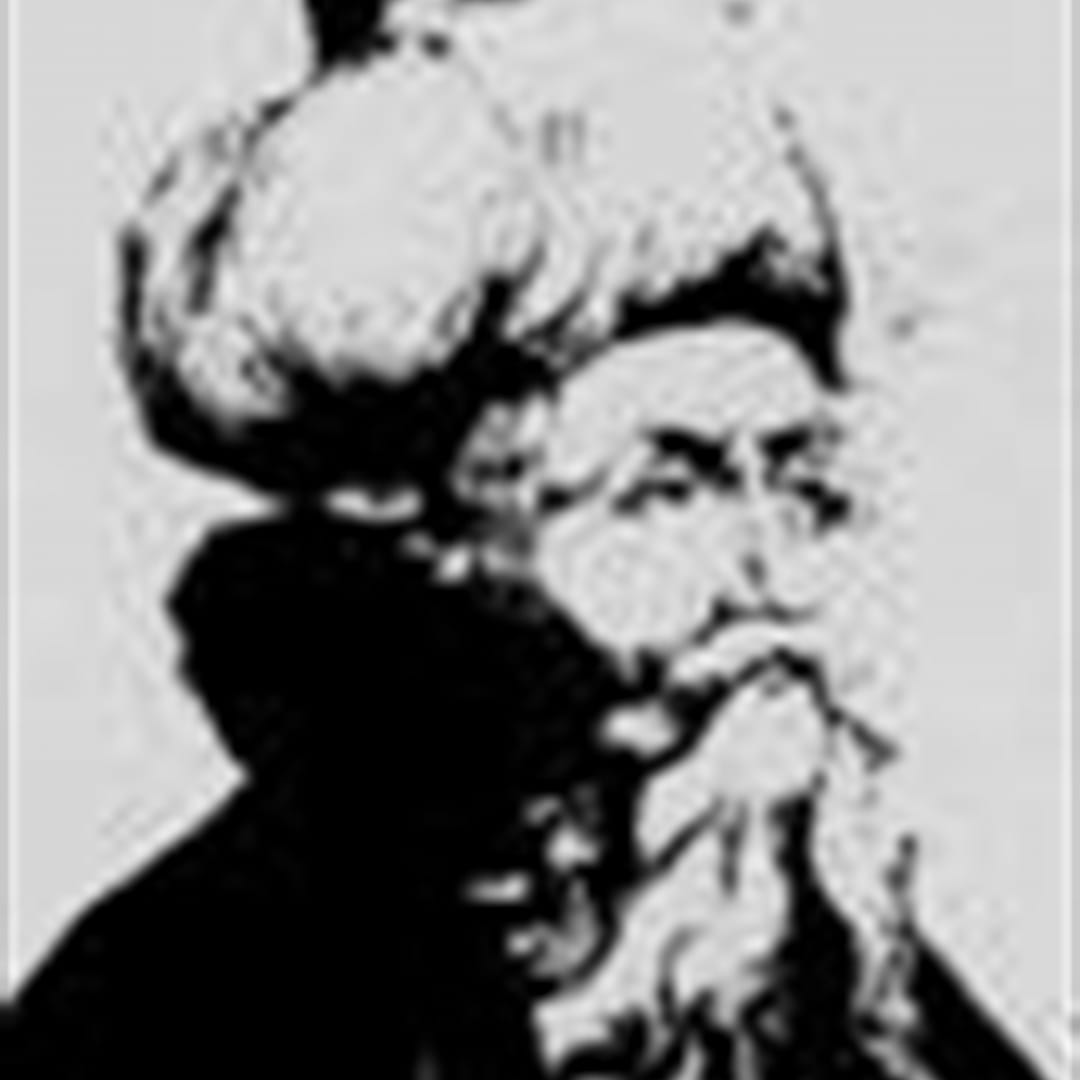 First is knowledge of information, then the use of this to arrive at further intellectual concepts. This is intellectualism.

Second is knowledge of states, strange emotional states of being where a person feels they have perceived something supreme but cannot avail themself of it. This is emotionalism.

Third comes real knowledge, the Knowledge of Reality where one perceives what is right, what is true, beyond the boundaries of thought and sense.
Scholastics and scientists concentrate upon the 1st form of knowledge. Emotionalists and experientialists use the 2nd form. Others use the two combined, or either one alternatively.

But the people who attain to truth are those who know how to connect themselves with the reality which lies beyond both these forms of knowledge. These are the real Sufis, the Gnostics who have Attained.

Zikhr, 'to remember' is the central method of Sufism. Externally it is practised as remembrance of the Divine through silent or group chanting. Internally it is practised as 'Self Remembering', a strong awareness that issues from the Deep Mind (not to be confused with the superficial quiet awareness that appears when all thoughts subside), centred on the heart and directed towards the Beyond (Divine). This practice is supported by restraint of the body's desires. The aim of the practice is the complete destruction of the personal self or ego, allowing a merging with the Divine.

Every teaching talks of Love, the Sufis more than most. Sufi Shaikhs contribute to and can draw on an energy field called 'the Sufi pool of love'. But the superficial concept of love as understood in normal life is far from what is meant. When the Minds are stimulated to act from below – the outer world – the motive, however hidden, is self-centred. When stimulated from above – the Spirit – the action is motivated by universal concern for the evolution of consciousness in all forms, which is Love.

Because the deep emotional world is the centre of a persons inner life – between the etheric and the deep mental – Sufi concentration is centred on the Heart. There are 5 points of concentration in the chest of which the 1st is the tip of the physical heart – 4 fingerwidths under the left nipple.

By concentrating on this point within themselves with the intention of connecting to the same point within their student, the sufi teacher is able to enter the inner-world of the student's Soul, experience the strengths and weaknesses, then give individual advice as to the inner-work that student needs in order to proceed on the path.

While there is a formal procedure most teachers use for establishing this contact, at a later stage for the more advanced teachers it is accomplished, even at a distance, by a simple effort of directed will.

Gnostic Shaykh Tijani al-Hassani (1735–1815) said in the Jawahir after he described the nature of the Contemporary Sufi Guide, how one should seek and behave towards the Guide once found.

"As for how to discover and find the guide whose nature we described then the answer is that such guides are plenty and most will reside in major cities. As for discovering and knowing so one can be connected to them, then that is more arduous than finding Red Sulphur. This is because they mix and confuse their image within the general public and they repel and send away anyone who inquires about them, swearing that they have nothing of what the seeker is searching for.

They act this way because of worldwide corruption – which occurred by the Divine Will that nothing can oppose – where each person strives only for their own vain-desires, turning away from the Divine Presence. Generally, people do not seek the saints (awliya) except for corrupt purposes such as wanting to enjoy this world and its pleasures, or to be rescued from ordeals and hardships during which they continue to indulge in deeds, leading to disastrous situations, so obscene that they do not exit this sphere nor return to enter the Divine Presence.

So the saints (awliya) and gnostics ('arifin) knowing this situation, veil their selves and expell people away from them in every way possible. The wilderness would be better for these saints to live, however it is the Divine Command imposed on them that they stay in the cities, amongst people, for Divine purposes.

They can not break away from being with people and go to the wilderness because of this Divine Decree nor can they find a way to reform people and turn them back to the Divine Presence. So they are like someone who has been made to stay with a group of foolish people who stone them, however they have to be patient and carry on living amongst them. That is why they are in pain and suffering and veil themselves in all possible ways."

According to Sufi tradition, the invisible hierarchy of spiritual authority consists of the 40 "abdal" (substitutes; for when any of them dies another is elected), 7 "awtad" (supports), 3 "nuqaba'" (leaders), headed by the "Qutb" (axis, pole) along with 3 "mafatih al-kunuz" (3 keys of the treasures), and "afrad"(supreme ones or angels) that may exist. The Qutb is sometimes used as a synonym for the "Ghawt" (Nurturer), "al-Qutb al-Jami'a" (the Gathering Pole), or "Qutb al-Aqtab" (Pole of Poles).

Shaykh Tijani al-Hassani said, "The Divine Presence has revealed: There is no one among humankind, who could possibly attain to the true devotion of the Pole of Poles. They are the most excellent of all people in each era, apart from the "3 keys of the treasures", for the Pole is superior to the "3 keys of the treasures" in some respects, and they are superior to the Pole in other respects."
Gnostic Rosicrucians
← worldwideway